Heila will be Customs' first dog specialised in searching for arms and explosives. Due to the changes in the international security situation, it is necessary to intensify the supervision of arms, ammunition and explosives. In the last few years, Finnish Customs has made around 300 finds at Helsinki Airport related to arms, arms components, ammunition, explosives and explosives precursors among online purchases, luggage from passenger planes as well as air freight. Customs estimates that some of these finds were very dangerous.

Heila’s handler will receive training to become an explosives expert at Customs. The handler’s training will start in October with a demolition course at the Military Engineer School of the Finnish Defence Forces in Lappeenranta. Finnish Customs cooperates with other law enforcement authorities and military authorities in the supervision of arms and explosives. 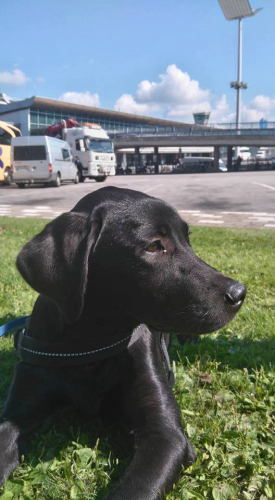