Roundwood consumption in Finland amounted to 82 million cubic metres in 2019, the second highest volume ever recorded. Nearly 90 per cent of roundwood were consumed in the manufacture of forest industry products, while the remaining proportion was used in energy generation at heating and power plants and burned as fuelwood in small-scale housing. In addition, 26 million cubic metres of forest industry by-products and wood residues were used.

According to the statistics of the Natural Resources Institute Finland (Luke), a total of 82 million solid cubic metres of roundwood were consumed in Finland in 2019, being three per cent lower than the previous year’s record and the second highest in history.

Consumption of domestic roundwood decreased, that of imported roundwood increased

Consumption of energy wood at the previous year’s level

“It is worth noting that, according to Luke’s Forest Accounts statistics, almost 60 per cent of all wood material used in Finland is used for energy generation, and the remaining 40 per cent is bound in forest industry products”, Ylitalo says.

According to Ylitalo, it is important that, when estimating the total consumption of wood, the aforementioned volumes of roundwood and by-products are not summed up.

Information about the statistics 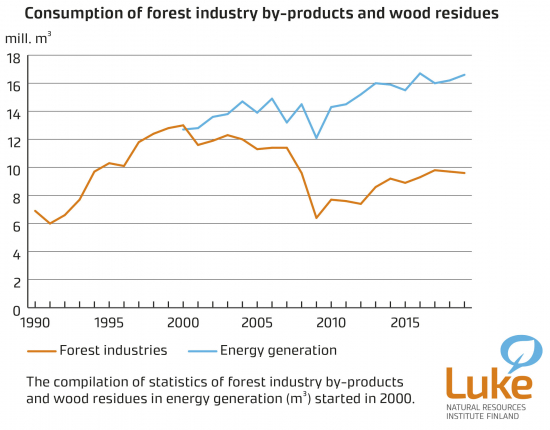 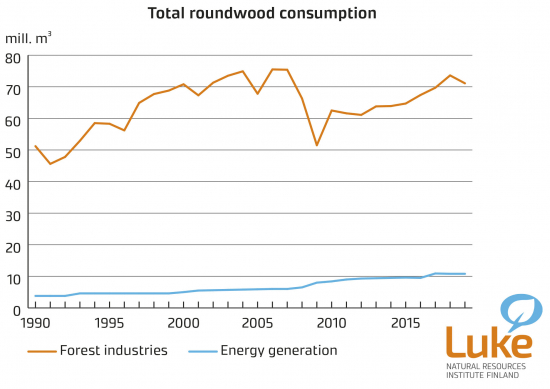