Side effects are often an unwanted companion for an unsuitable medication. They have a tendency of reducing the quality of life and should be an alarm for the medical staff. However, the side effects are unfortunately often being medicated with another medication, and this can lead into a heavy use of unnecessary pharmaceuticals. Take for example simvastatin: for significant amount of the population it causes muscle pain that is often treated with pain medication. Or β–blockers that sometimes cause vertigo, which is treated with anti-dizziness medication – the cycle of pointless medication has been created.

When the side effects appear, the patient is not always aware of them being caused by a medicine they are consuming – hence they seek help for the symptoms. It is crucial to view the overall status in order to understand the root of the symptoms, and to re-evaluate the ongoing medication.

Fortunately, the understanding and research of medication side effects have increased within the recent years. We recognize the individual differences in medicine metabolism and how they work differently within populations. As our DNA determines so many qualities, it also plays a major role within the medicine metabolism. Pharmacogenetic testing analyses about 20 significant genes that determine the suitability of over 120 medicine ingredients. By determining these factors, the right medication will meet the right people with the right dosage.

With pharmacogenetics we are entering a new era of personalized and safe medication.

The medicine side effects seem to be a great concern of many. Social media is full of conversations where people argue over their medication: some say it does not work, others get nasty side effects while the rest are pleased with the results. All these comments about the exact same medication! This is not a matter of an opinion but a matter of pharmacogenetic test result.  Citalopram and escitalopram are the ingredients commonly used in anti-depressants, both of them can have very different effects on users:

Patients who are so called fast metabolizers do not receive enough relief, since the medicine will flush out of their system before it kicks in. Whereas the slow metabolizers can multiply the regularly used dosage and hence cause to accumulate unwanted side effects.

Based on several studies, the ultra-fast and slow metabolizers burden the public healthcare severely more than the average metabolizers. Determining the pharmacogenetic panel is not only human, but also truly economical. When the genetic test has been conducted, the balance within the medical treatment will be found faster.

It is fairly straightforward to understand that too large dosage of medicine is harmful, but for example with diagnosed depression, too small dosage can also be hazardous in a long run. In such cases, if the medication is not functioning as required, the compliance will deteriorate and the depression will potentially prolong. Which can potentially lead into disability pension, even at a young age. While treating depression patients, it has been discovered that at the beginning of medical treatment, the initiative will improve before the symptoms of depression will ease. Running with too low medication in cases like such, there is an increase of suicidal risk.

It is understandable that receiving the correct dosage is important.

Simvastatin, commonly used to control cholesterol, is yet another drug causing muscle ache for a significant amount of it’s users. The fact that the ache is often caused by a medicine is relatively unknown amongst the patients. Hence painkillers are being used to treat something that would actually need re-evaluation of the existing medication.

After conducting a pharmacogenetic test, several simvastatin users have been able to change their medication and receive aid from another drug without the side effects.

The research regarding pharmacogenetic genes is evolving constantly. At the moment medication used in psychiatry, cardiovascural diseases and pain relief contain well documented pharmacogenetic variations. As knowledge is getting more intense and pharmacogenetics is used within private and public health care – the topic is still fairly unknown within general physicians and it is not being utilized up to it's potential. As short-term savings are being executed, the long-term benefits of pharmacogenetic testing are not seen. Several studies support the idea of pharmacogenetic testing ending up cutting costs and being very economical in a variety of ways.

Blood samples are no longer needed and a simple home use swab test is as reliable for the DNA isolation. This allows the consumers to take the matter into their own hands in finding out their pharmacogenetic result. As genome remains the same person’s whole life, it can be seen as a cost-effective investment for an improved quality of life and to a safe and effective medication. 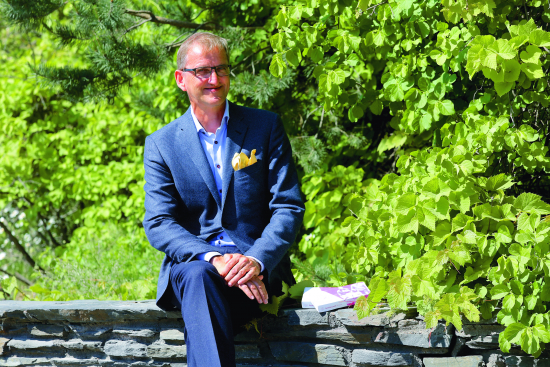 Pharmacogenetic test is a genetic test that helps you make your medication more personalized. With the test we can determine whether a specific drug works for you or not. This way you can avoid side effects and inactivity of certain drugs.

A pharmacogenetic test is a long-term investment towards your peace of mind and drug safety. The results do not expire and they can be used again every time a new drug is being prescribed.

With genetic testing you can avoid the discomfort, harm, and cost that is caused by improper medication. Join GeneAccount today!