Toothpaste-Mouthwash Patent Against COVID-19 Approved in the USA

The Finnish company Therapeutica Borealis received an approval in the United States for its patent concerning a combination of toothpaste and mouthwash for the prevention of Covid-19. The patent is based on strengthening the body’s own chemical defence mechanism and it does not include any actual drug molecules.

The patent enables the creation of the body’s own compound hypothiocyanite and a slightly alkaline environment which together generate a quick chemical defence as a prophylactic against the virus. The patent uses the short-term joint effect of substances commonly used in the food industry. Hypothiocyanite inhibits the binding of the spike protein of the virus to receptors by altering its three-dimensional structure. If the receptor is viewed as a lock and the spike protein as a key, the structure of the key is broken, so that it no longer fits the lock. The product can be used in the same way as ordinary toothpaste and mouthwash, and it is expected to be launched on the market during 2022.

The patented toothpaste—mouthwash combination is an easy and inexpensive method for people to use, and, as with face masks, it may be utilized independently. Regarding the operating of society, another recent concern apart from the intensive care bed capacity is the extensive number of absences due to illness among those with a milder disease, which has a considerable adverse effect on the key functions of society. In addition to vaccinations and medication, there is a need for inexpensive low-threshold solutions which can be quickly introduced for voluntary use.

Kalervo Väänänen, Professor, Chairman of the Board, Therapeutica Borealis Oy:

“The epidemic will probably threaten the health of people and hamper the functioning of societies for a long time to come, and we need a broad range of means to stop it. Therapeutica Borealis aims at launching the patented invention to the market in Finland this year. We will inform later about the progress of the commercialisation process.”

Therapeutica Borealis stresses that no pharmaceutical or non-pharmaceutical treatment can replace vaccinations in the prevention of the coronavirus.

”The functional toothpaste-mouthwash combination can be considered the latest addition to the long line of Turku-based functional products in the wake of xylitol and plant stanol ester. The determined co-operation in the Turku region has resulted in an ecosystem within which the active interaction between universities, enterprises and the City creates new innovations for solving global problems.”

PHOTO (link at the end of this press release):

The Finnish company Therapeutica Borealis received an approval in the United States for its patent concerning a combination of toothpaste and mouthwash for the prevention of Covid-19.

The use of toothpaste containing thiocyanate creates in the mouth a momentarily elevated thiocyanate content which is oxidised in the next phase with the mild hydrogen peroxide in the mouthwash. Short-term use of thiocyanate and hydrogen peroxide allows for temporary and quick strengthening of the chemical defence by generating hypothiocyanite without an enzymatic reaction. By using toothpaste and mouthwash the reaction will affect the surface of the mucous membrane of the oral cavity, through which the Sars-CoV-2 attempts to enter the body.

Based in Turku, Finland, Therapeutica Borealis is a drug innovation company founded by Professor Kalervo Väänänen, Adjunct Professor Lauri Kangas and Psychologist Matti Rihko. In spring 2021, the company was granted a US patent for a nasal spray used for the prevention and early-stage treatment of Covid-19. The process for the global patenting and preclinical studies of the nasal spray drug is in progress. 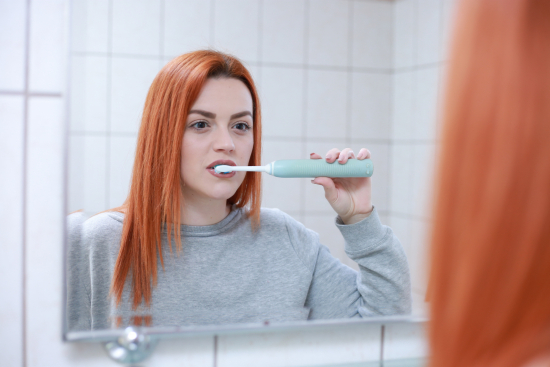 Turku Business Region is the most dynamic cluster of business and innovation activities in Finland. The 22,000 companies, six universities, and an extensive co-operation network of different players in the region speed up the generation of new products and services as well as growth of business operations and local well-being. The business and innovation services are produced and coordinated by the regional development company Turku Science Park Ltd.