On Tuesday news from Iceland reached Finland telling that beer ran out of restaurants in Reykjavik when the ships stopped there for a night on their way to the NATO Trident Jucture 2018 excercise in Norway. An Icelandic bar owner urged the Norwegians to ask for extra beer from Finland before the 50,000 soldiers will land on their shores. Otherwise they will definitely run out of beer.

Tornion Panimo, a craft brewery in Tornio, Finnish Lapland, reacted rapidly to the news, and decided to make a special batch only for the purpose. Peacemaker Arctic Pilsner is specifically designed for the NATO troops that prefer pale lager-type beer.

- For us in Lapland, Norway is a dear neighbour, and we could not just ignore this great threat, says Kaj Kostiander, Managing Director of Tornion Panimo. The number of soldiers is huge. They are tired and thirsty. Shortage of beer may cause disturbances, Kostiander continues.

In the north, working together is a custom, and the gravity of the situation was also felt by Juha Kolehmainen from the advertising agency Crea.

- Kaj called me late Tuesday evening that we need to get quick aid to Norway. We need a beer carrying a peaceful message. I immediately got the idea and started working on the label, Kolehmainen explains how he got involved.

The beer label features a white dove distantly resembling the American eagle. The bird carries a beer jug and barley in its feet, and holds a ribbon in its beak with the text Si vis pacem, bibe cervicium (if you want peace, drink beer).

Although soldiers consume most of their beer in pubs, the brewery took into account the Norwegian Alcohol law, according to which the maximum strength of beer sold in supermarkets is 4.7% abv.

- We do not leave anything to chance when it comes to ensuring beer availability in such a grave situation, Kostiander assures.

Tornio brewery has already contacted two Norwegian importers and now they are working together to find out whether they are able to respond to the situation fast enough.

- We are willing to help and ready to send the first batch of beer aid immediately. If the shortage gets really bad, I am sure that also the Norwegian officials are willing to ease the bureaucracy in order to get the aid delivered on time, Kostiander ponders optimistically. 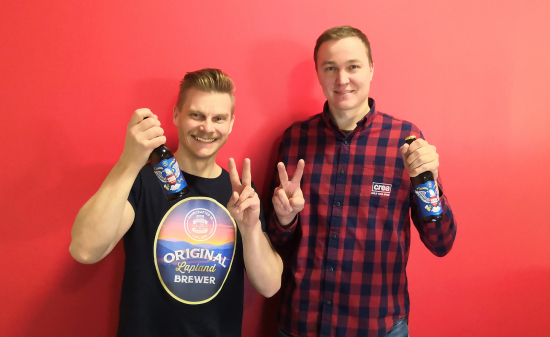 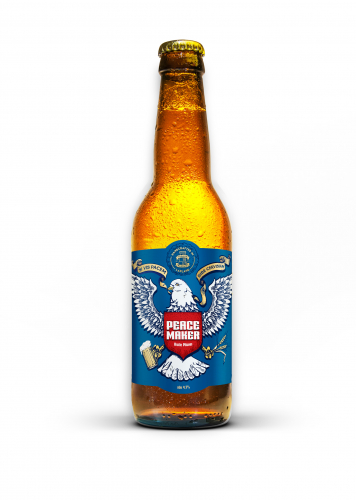