The Next Hundred Years All Clear: Carbon Sink Will Offset the Emissions of Subcontracting Trade Fair

– Responsibility and environmental issues are increasingly emphasized in the organization of events, so we in the Tampere Trade Fairs Group also have many related projects underway. For example, strong attention has been paid to recycling during the fair and the carbon footprint of the Tampere Exhibition and Sports Centre is calculated. As Finland’s leading industrial event, Subcontracting Trade Fair is the largest annual event of our trade fairs, so it was natural to start planting Subcontracting Forest at this stage. It is great that we can offset the event’s carbon footprint for future fairs already. Step by step towards more carbon-neutral event production, says Subcontracting Trade Fair’s Project Manager, Communications Director Tanja Järvensivu of Tampere Trade Fairs Group.

The Subcontracting Forest was planted on Friday by Toutainpolku and Kiiskipuisto in Lempäälä. The planting work was attended by people of both Tampere Trade Fairs and partner company Puuni Oy and the municipality of Lempäälä. Approximately 640 silver birch plantlets were planted on half a hectare wasteland.

– The municipality of Lempäälä wants to do diverse climate work to get closer to the climate objectives at both the national and international levels. With the Subcontracting Forest, we get a new forest area in our municipality, which we would not have had the resources to plant without this partnership. For local residents, the Subcontracting Forest offers, for example, more recreational space, Lempäälä’s Municipality Community Director Tiia Levonmaa says.

The Subcontracting Forest will during its sustainability, which is approximately a hundred years, sustain greenhouse gas emissions of approximately 253 000 kilograms which means about 60 New York flights. The figure is based on calculations by a partner company, Puuni Oy, and have been made based on VTT’s statistics. Puuni Oy’s calculations enable Tampere Trade Fairs to plan for emission reductions and a carbon strategy and thus help to offset the carbon footprint.

– Puuni Oy wants to offer its customers the opportunity to execute carbon-neutral events. Cooperation with Tampere Trade Fairs’ Subcontracting event is an opportunity to spread the good news of carbon-neutrality to the general public. Through the QR code attached to the Subcontracting event, trade fair visitors can concretely see what carbon footprint offset means in this event. At the same time, we can demonstrate the transparency of the carbon sink, Juha Siitonen, Co-Founder of Puuni Oy clarifies.

As a start-up company, Puuni Oy is also involved in the September trade fair in the AlihankintaHEAT area.

Only One Waste Container Instead of Five

Offsetting carbon footprint is part of the Tampere Trade Fairs’ activities towards greener event production. Tampere Trade Fairs, which is committed to the Ekokumppanit's environmental system Ekokompassi (Eco Partner’s environmental system Eco-compass, no official translation available), has so far implemented an environmental program by using crushing waste balers in the disposal of clear film plastics and cardboard generated as trade fair waste and by installing electric car charging points on the walls of the Exhibition and Sports Centre.

The recycling of trade fair mats used in the booths has been considerably intensified, as for example, five waste containers were transported from the Subcontracting Trade Fair in 2018 to be incinerated, while in 2019 only one container was incinerated.

Recycling bins for cardboard, mixed waste, plastic bottles and bio-waste have been purchased for customers in the exhibition halls. 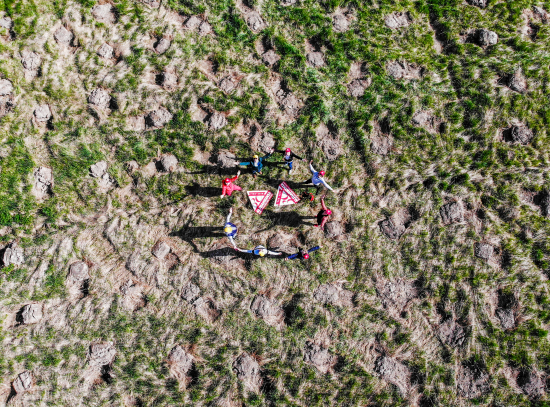 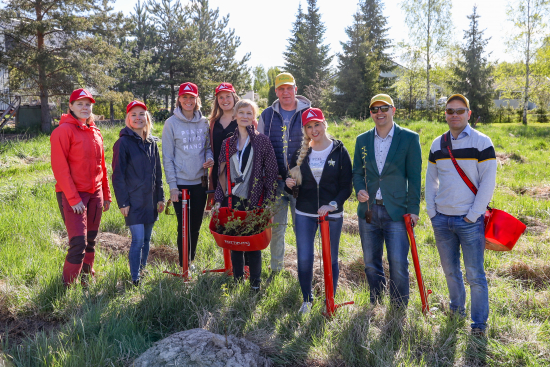 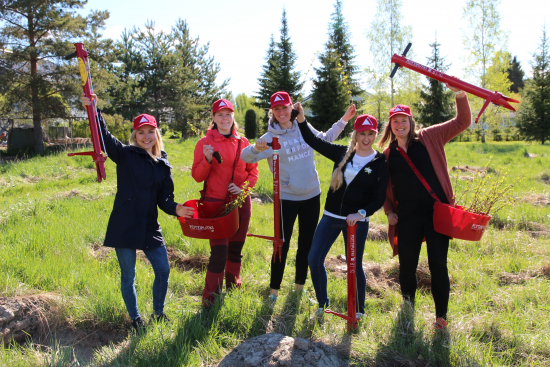