New traffic signs to be introduced from 1 June 2020

The new Road Traffic Act will enter into force on 1 June 2020 and, as a result, approximately fifty new traffic signs will be introduced in Finland. The appearance of numerous old signs will also be updated, and changes will be made to road markings.

From June, new traffic signs may be visible on Finnish roads. The reason for this is the new Road Traffic Act. The purpose of the changes is to improve the clarity and visibility of the signs. The updated and new signs will also better meet the needs of current traffic.

Around 50 completely new signs will be introduced. These will include the following traffic signs: 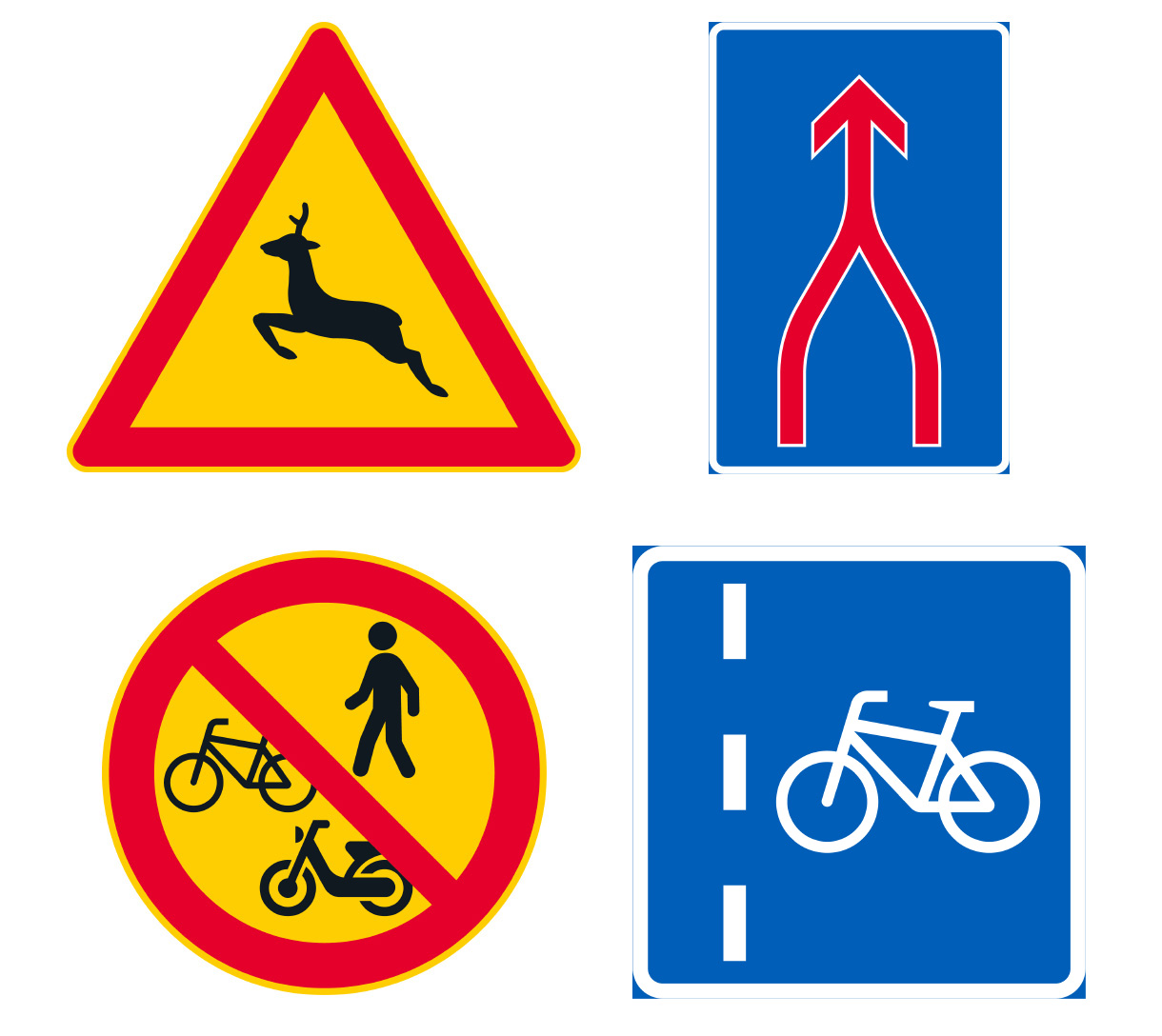 Expert on Road Signs and Markings Jukka Hopeavuori from the Finnish Transport Infrastructure Agency believes that, initially, there will be very few completely new signs visible in traffic.

“We will be testing the sign for merging lanes in locations where it is most logical from a traffic perspective to maintain use of the existing lanes for their entire service life as effectively as possible,” Hopeavuori explains.

Appearance of many traffic signs to slightly altered

“Changes to these signs include the arrowheads, symbols and edge bands. The aim has been to ensure that the signs are easier to read than at present," says Hopeavuori. 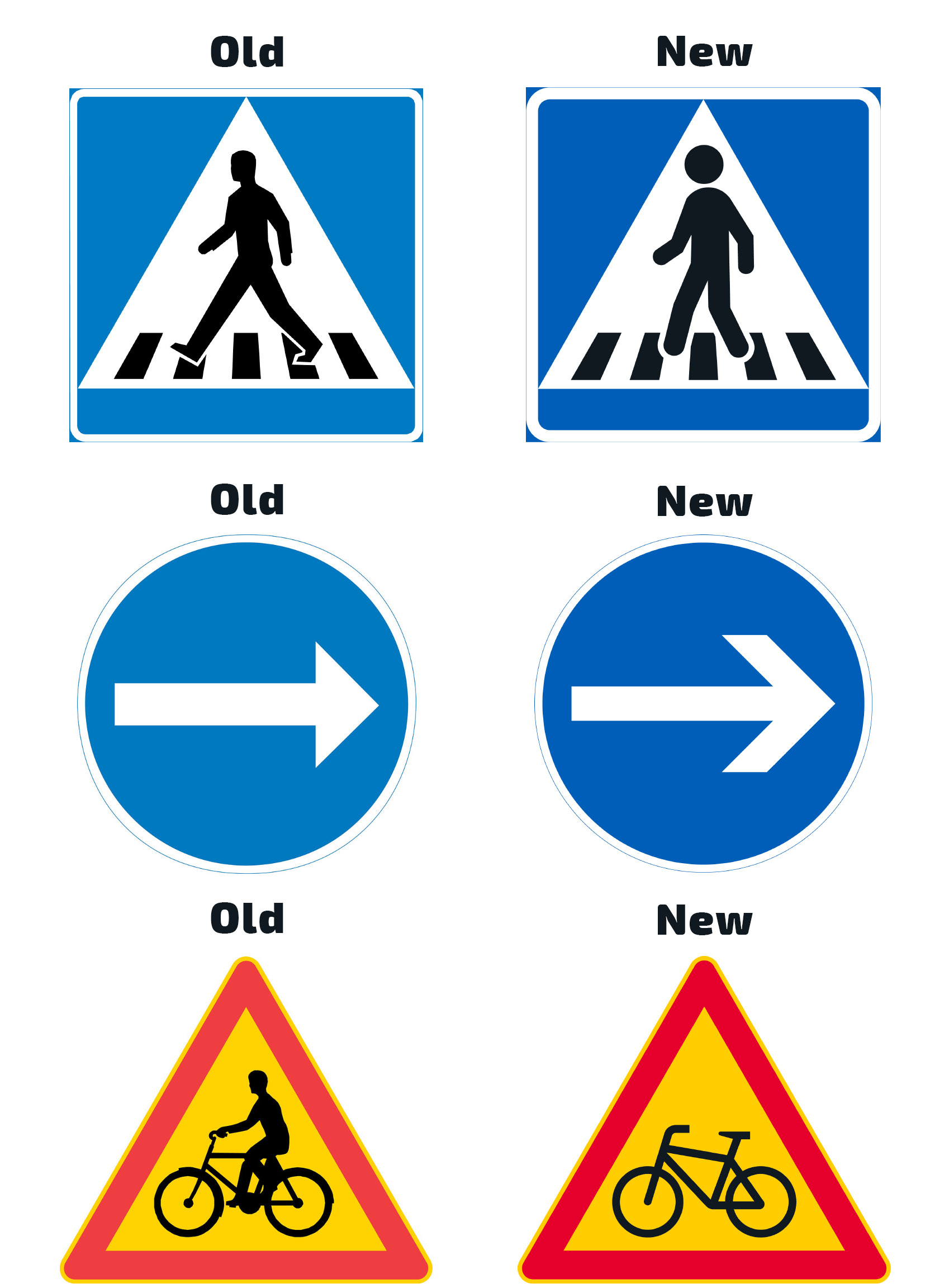 Many of the changes are so minor that road users may not even notice them. Numerous signs have been altered slightly more to improve their clarity and readability. For example, the sign warning of cyclists no longer contains a person and the image of the bicycle has also been simplified.

Only one old traffic sign will disappear completely: the additional sign for logging roads. In any case, this was possibly the rarest traffic sign in Finland.

Solid yellow lines to be changed to white

“The reason for the change of colour is that Finland is the last EU Member State to use solid yellow lines. We will now introduce the same practice as used everywhere else,” Hopeavuori says.

Changes will be visible gradually along the road network

Old traffic signs will not be replaced immediately with new ones, but will be replaced as they come to the end of their service life. Solid yellow lines and the lines marking prohibited areas will be changed to white with a slightly shorter transition period. These must be white by 31 May 2023.

"In practice, only a small share of signs must be replaced immediately after the Act enters into force to avoid misunderstandings. These include a few signs banning pedestrians, mopeds and cycling,” explains Hopeavuori.

Images of traffic signs that will enter into force in June can be found at https://vayla.fi/tieverkko/liikennemerkit/merkit2020