The Swan European Regatta will be held in Turku, Finland from 7 to 12 July 2020. Previously held in Cowes, UK, the regatta is now moving to the Baltic Sea area for the first time. Sail boat manufacturer Nautor hopes that the move will bring the event within reach of more Northern European Swan owners as well.

Another new development compared to previous Swan European Regattas is the fact that from now on the event will be held annually, as opposed to every other year. After Turku, the regatta will be hosted by Stockholm in 2021.

Nautor’s Swan, which manufactures Swan sailing boats in Pietarsaari, Finland, is a well-known, high-quality brand in its field, and an excellent example of Finnish entrepreneurship and expertise. Nautor and its subcontractors employ approximately 500 Finns.

Nautor’s collaboration with Turku to continue

Turku has previously hosted three Swan regattas: in 2006, when Turku Yacht Club celebrated its 100th anniversary, in 2012 and in 2016, when Nautor celebrated the 50th anniversary of its founding. The setting offered by Turku and Airisto have impressed Nautor and yachtsmen and -women alike. The area offers suitably challenging conditions for the competition and allows the regatta harbour that brings the entire Swan family together to be set up right in the heart of the city.

- We at Turku Yacht Club are proud and happy that Nautor has once again chosen us to organise the regatta, a competition known throughout the sailing world and organised since 1980, as it moves to the Baltic Sea. Nautor is a demanding cooperation partner that wants to provide Swan owners with a high-quality experience both at sea and on land, states Commodore Samuli Salanterä from Turku Yacht Club.

- Seaside Turku welcomes Swan owners with open arms. Turku Yacht Club’s organisation experience guarantees a high-class event that will be visible throughout the banks of the River Aura. This promises to be the most event-filled week of the summer, with numerous events in the River Harbour area attracting visitors from both Turku and further away, enthuses Director of External Affairs Antti Kirkkola from the City of Turku. 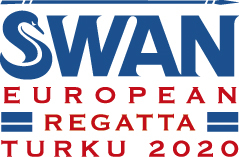